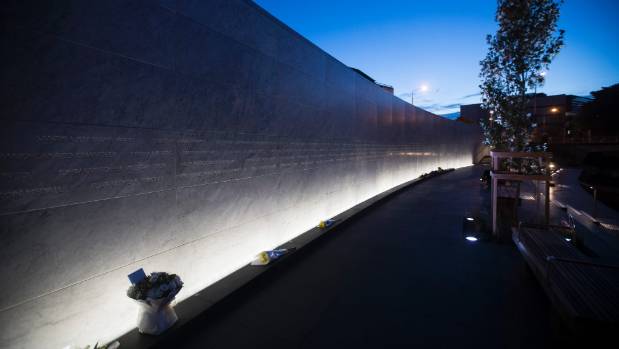 Oi Manawa, the official New Zealand national memorial to the 185 victims of the 22 February 2011 earthquake, shown at dawn on the 6th anniversary of the quake. GEORGE HEARD/FAIRFAX NZ

I felt somewhat guilty that I seemingly pushed the sixth anniversary of the 22 February 2011 quake to the back of my mind.  As I mentioned in my last post, I seem to be living day-to-day lately (being “present”), and this has caused problems like, well, everything seemingly sneaking up on me.  I need to work on a better balance in that regard, the pendulum swinging a little too far the opposite way.

(If you want to know more about my thoughts and experiences of the 22 February 2011 earthquake, you can read through the Christchurch Earthquakes category on my blog.)

So how do I feel this year?

I think Doctor Who (the series, not the character) conveys it perfectly.  In the show, there’s a concept known as a fixed point in time, a moment or event in time that should not be changed, no matter what the consequences.  I’ve always viewed the 22 February 2011 quake as a type of anchor in my timeline, the rest of time and events orbiting the point like matter in the accretion disk of a black hole, the orbit tightening the closer to the middle it gets.

My life seems to revolve around this fixed point in time, whether I like it or not.  I can’t escape.  The gravity is too strong, and resisting seems to pull me closer quicker.

I was looking at the heart rate monitor on my watch last night when I discovered an anomaly on it from Monday night.  Drifting off to sleep, a loud car went by the house or maybe a plane landed — I was in that space between consciousness and sleep — and the low rumbling startled me awake.  When I realized what it was, I calmed down immediately and started to drift back off to sleep.

The watch caught this.  My heart rate was around the mid-50s to low-60s beats per minute, then spiked to 120 bpm, then drifted back down to normal again.

This is what I live with: a loud, low rumbling noise triggering fight or flight, my body tensing, my heart rate rising, ready to possibly drop, cover, and hold until the shaking stops.

I know this all sounds like a horrible experience, but — and there is always a “but” — I feel like I have accepted the 22 February 2011 quake and come to terms with it.  There is nothing I can do but let myself acknowledge that horrible day and all the after-effects, realize and accept it changed me, and grow as a person from that.

We hear, from other people, “Why can’t you get over it?”  It’s not something you, “get over.”  You never “get over” something like we who experienced it went through.  You either let it dominate your life, consciously or subconsciously, or you accept it (and possibly learn from it).  That’s it.  Those are your options.

(If you think you can “get over it,” you’re hiding from the truth.  You’re damaging yourself by ignoring it.  It’s that big elephant sitting with you in a tiny room.  Sooner or later, it’s going to want peanuts.)

As time moves further away from the event, the distance gives you a buffer.  You grow more accustomed to how things are “after”.  If you’re lucky, you accept it for what it is, thank your lucky stars you survived (and, if you are super-lucky, that you got off as lightly as you did, because there’s always someone worse off than you are), and live the rest of your life a little less innocent and a lot more appreciative.

So I feel as comfortable as I can get with the 22 February 2011 quake as a fixed-point in my life.  I’ve come to terms with it, and, as difficult as it may get at times, it has happened, and there’s nothing I can do about it.  Accepting that is probably most of the battle won.