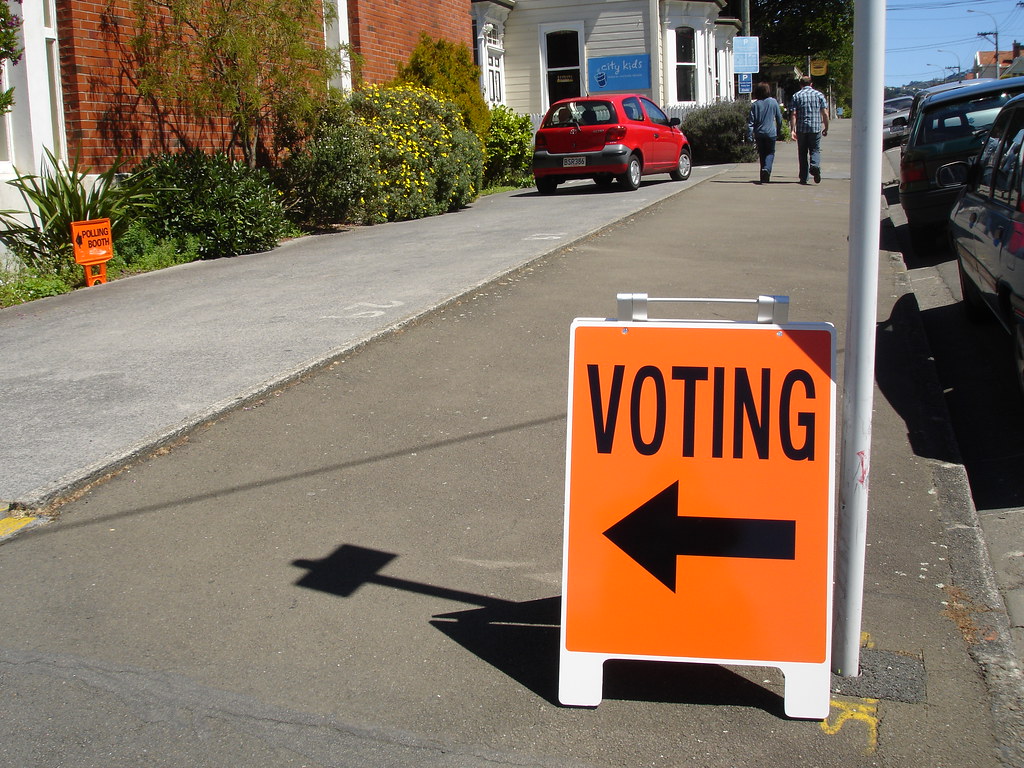 Saturday was our General Election in New Zealand, and I personally found it quite exciting that so many people got out to vote — a record number of us voted early! — and that the results are quite close.

Under an MMP system (Mixed-Member Proportional for those of you not in the know) in New Zealand, several parties are elected, ranging in number from 1 member to the maximum of 120 members, and this election delivered a doozy.

Our two major parties — National (conservative) and Labour (liberal) — ended up with no clear majority. In Labour’s case, they would have to do a deal with the Greens (also liberal) to be close to National’s numbers at this point in time.

So there are options, interestingly enough, and one party — New Zealand First, led by Winston Peters — holds the king- or queen-maker position. They can go with National, or they can go with Labour-Greens, to form our next Government.

I personally find that really exciting because there are options out there.

On Saturday night, as the results came in, it was interesting to watch comments on social media. I honestly couldn’t believe how many people whom I assumed were Labour supporters seemed so down-trodden by the results. “They have a shot as much as National, people,” I kept writing in response on various posts. And they do.

Jacinda Ardern, the current leader of the Labour party, took the reigns about two months before the election, which usually is the death knell for votes in an election in New Zealand, but she turned it around and gave Labour a fighting chance to win the election. And, for that, she (and her supporters) should be proud. She played a very good game.

In this election, to be honest, I didn’t find a party that aligned with my ideals 100%, and I’m sure many other people felt the same. But I voted for the party I felt best aligned to some of my more core ideals and could make an impact in Government. I have to put it out there that I did not vote for Labour, and I probably never will, unless something major happens to change my mind. When they were in power last time, they damaged tertiary education and so many good educators left, and I can’t forgive them for that. I can’t forgive them for the stress and anxiety they caused us, the lingering effects of being unable to raise our fees by one penny in their 9 years in power (and the following 2 years) while inflation ballooned by 30+%. And I especially can’t forgive them for the way they poo-pooed all our correspondence to them seeking any way to alleviate the problem.

The National Government at least listened at that point in time and slackened the reins in a little bit. At first, we were allowed to raise our fees at the rate above inflation, at 4%, per year. In their last round of being in charge, though, they have reduced this, first to 3% per year, then to 2% per year. This still does not allow the school to be at 100% of where it needs to be income-wise, and there’s still that huge shortfall from the 11 years where we weren’t able to raise our fees at all.

(On a side note, it’s very ironic that the Tertiary Education Commission — the organization in charge of the tuition subsidies and fee regulation for the school and the entire tertiary education sector — have told us we need to make more money when they are in charge of what we can charge, how many students we can take, how much subsidies we get, and so on. Don’t keep asking us what we’re going to do about it when you’re holding the ball and it’s your serve. The ball’s in your court, buddy. Play it correctly.)

Personally, I feel there is way too much bloat in the public service in New Zealand. That ebbs and flows with a National-led or Labour-led Government, but it’s still pervasive. The money and resources don’t always get to the citizen-facing level where they are sometimes needed most. Why? Too many bureaucrats and too much bureaucracy. I can tell you, from experience, that hasn’t and doesn’t change really, no matter who is in power; it’s just how much of it there is. And, as a taxpayer — yes, my dear, you and I are taxpayers, and the bureaucrats and politicians serve us as they are all public servants: something some of them hate being reminded of — you have the right to demand your money is spent and invested in the best ways.  (This is why I and probably many other people in New Zealand are against yet more taxes. Use the money you get more wisely, politicians and bureaucrats.)

Back to the election and its aftermath: There’s something strong people need to keep in mind after an election. You have a voice. You have rights. Use them. Not happy with the way things are? Use your voice to complain or to protest or to push for change. Don’t be a radical. Don’t be a jerk. Think critically about your argument, research, research, research, and go in armed with facts.

Don’t expect Government to be father and mother to you. Get help if you need it. Help others if you are fortunate enough to be in a position to do so. Get involved. Get mobile. Get active. Fight for what you believe in, logically, without violence or without dropping to the level of name-calling. (As I keep saying, “You’ll catch many more flies with honey than vinegar.” Add to that, “The squeaky wheel gets the oil.”)

Find groups who share the same goals and ideas as you. There’s safety in numbers there, and you don’t feel like you are the only one fighting the big fight against city hall. Be critical, yes, but also give praise where it is due too. Life is shades of gray, not black, not white, but somewhere in-between. In any discussion, we need to talk to one another, not past one another.

I went into this election, as I have in previous elections, with a bunch of research under my belt. When I’m not happy about something, or think things are going the wrong way, I make my feelings known. I write an email or a letter, or I sign a petition, or I donate money to a cause I think aligns with my beliefs.

So, if the election results end up being something you don’t want, and you voted one way but got something different entirely, use your abilities and your rights to push for positive change. You have the power and the voice to do it, and you can make New Zealand, or the USA, or the world, a better place by putting your support behind the right people and the right causes.